We recently took a bonsai run down to Cambria which is about 5 miles or so south of Hearst Castle. The Picture is actually 5 shots I took without the advantage of a tripod and stiched together to make the panorama. Hearst Castle is just above the middle post and slightly to the left. We arrived to late to take the tour but bought a cool DVD about how the castle came to be. There are a lot of great exibits in the Visitor Center.

OK so why the Quick Trip?

A little over a month ago, my jeep was stolen right out of my front yard. I had just come back from Weaverville on a Saturday afternoon  from fixing a computer at a travel agency owned by Weaverville Hotel. The hotel BTW has just been restored and would be a nice place to stay if your in that neck of the woods. The owners did a great job of maintaining the historical value of the building.

Anyway so I had stopped a Quizno's to pick up a couple of sandwiches to suprise the cook when I got home. I was starved. So when i pulled up in front of the house I grabbed the cell phones and the bag of food and forgot the keys.

Normally I would park in the driveway but I'm currently in the process of converting the driveway to a front lawn/garden area and plan on putting a carport at the back of the lot. I have an alley on one side of my property. Blocking the driveway is a few piles of dirt and rocks that I've removed. I'm slowly moving the rocks to the alley to improve it.

After eating lunch, I stretched out on the couch and never gave the jeep another thought. I went out Sunday morning and was working with the rototiller for about an hour when I finally noticed the jeep was gone. I propmptly contacted the Sherriffs Office an an officer came out and took a report. Then notified my insurance company.

Besides losing a vehicle I needed to perform my work, I lost several tools and things I would normally carry with me. I was in deep shit! Well fortunately I was able to rent a car and buy a few baic hand tools to keep my job going with any impact.

Finally right after my insurance company decided to payoff on the jeep, the claims adjuster called me and told me they had recovered my jeep and it was located down in Cambria. I asked if any of my stuff was still in there and she patched me in to the tow company who recovered it.

Right after being notified of the insurance payoff I went and bought a newer Jeep...2002 Jeep Liberty Limited edition.  I'll be showing it off in another post. So of course the insurance company wanted to know if I still wanted my old jeep. I decided to let them keep it but made arrangements to go get my stuff.

So we left the gas station in Reddiang about 8 am the following Saturday and drove like a maniac to get there in the afternoon. Fortunately alot of things were still in the Jeep so I didn't lose everything. Value wise it wasn't really worth the trip. The things that were missing basically was anything that could be carried off easily. I lost several cd's, both music and data, and several hand tools.

The jeep had not been wrecked and looked in good shape. It had 283,000+ miles on it but was in excellent mechanical condition and ran great! Why the thief would abandon it off the road in the trees is anothe question. The interior was litterally trashed and took quite a while to re-package to take back home. Nothing was in its origional location.

I did find an empty can of refried beans and an empty can of corn which leads me to believe whoever took the jeep needed a ride to get back home or back to the farm. The rear plate had been switched but not the front plate. This kinda gives you a clue as to the nationality and level of intelligence of the driver. Headed south...beans and corn...can't change both plates. I'll let you draw you own conclusions.

So since we were so near to Hearst Castle we decided to check it out. We were there about an hour and decided to head home and took the coast route this time. Stopped in Big Sur and ate dinner at my favorite restaurant. We cut back over to highway 101 once we hit Monterey. it was getting late and I decided to drive straight home instead of getting an overpriced room somewhere. Arrival 2AM.

Here's some pictures we took at the wrecking yard for posterity.... 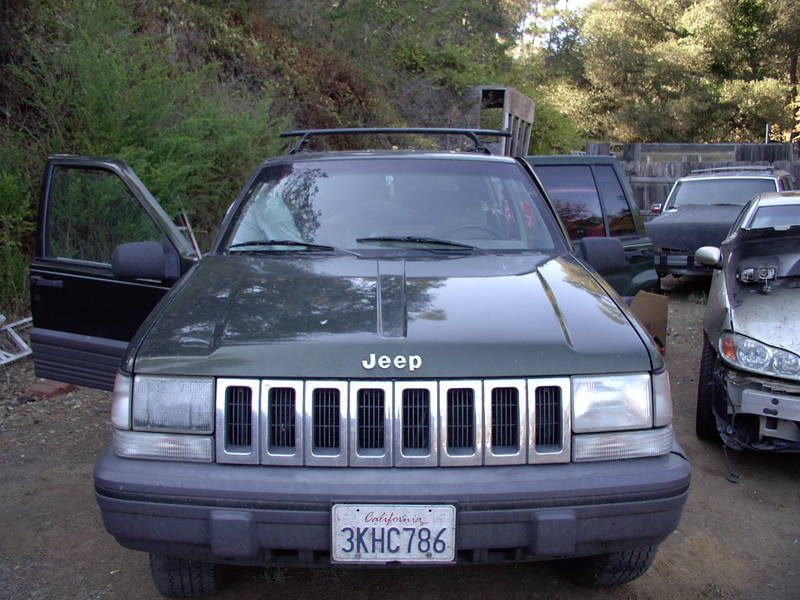 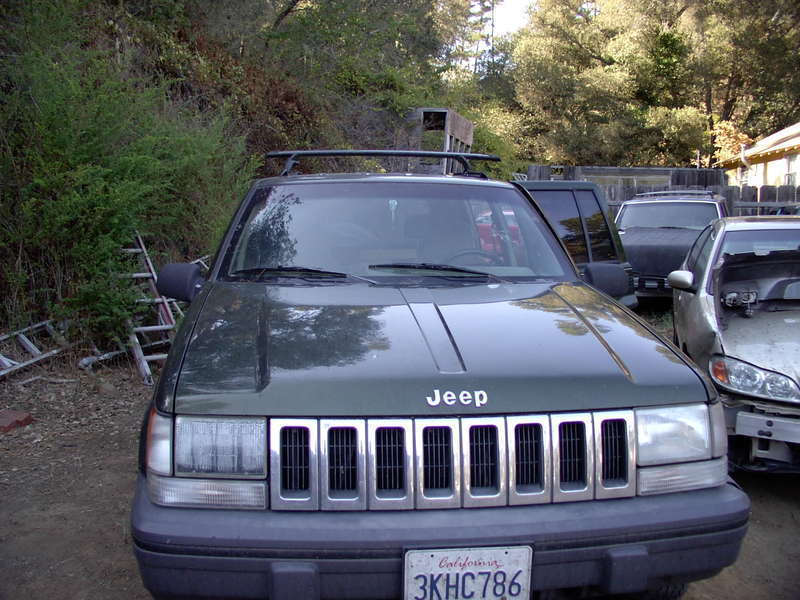 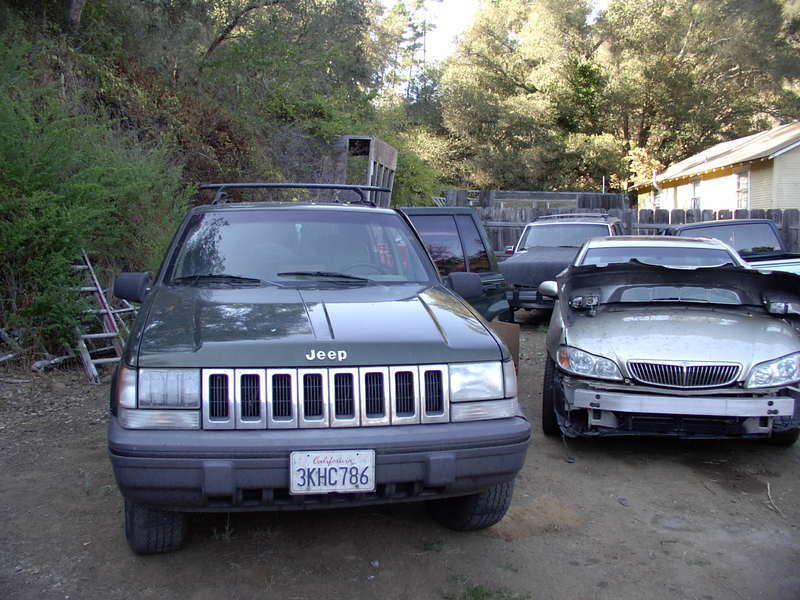 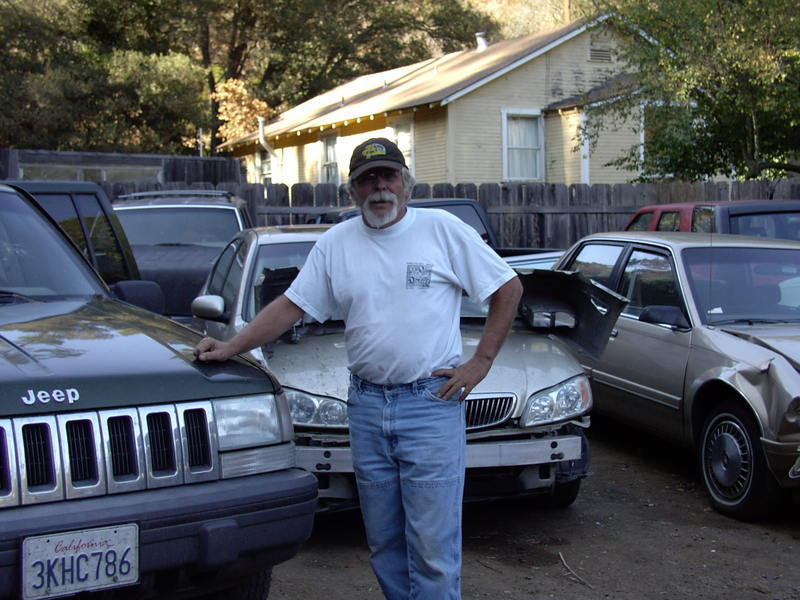 Only have a few more pics 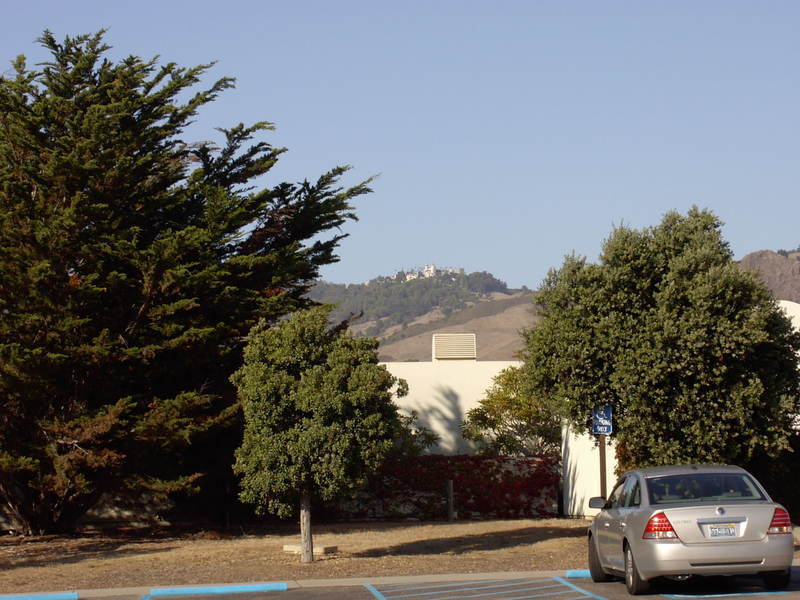 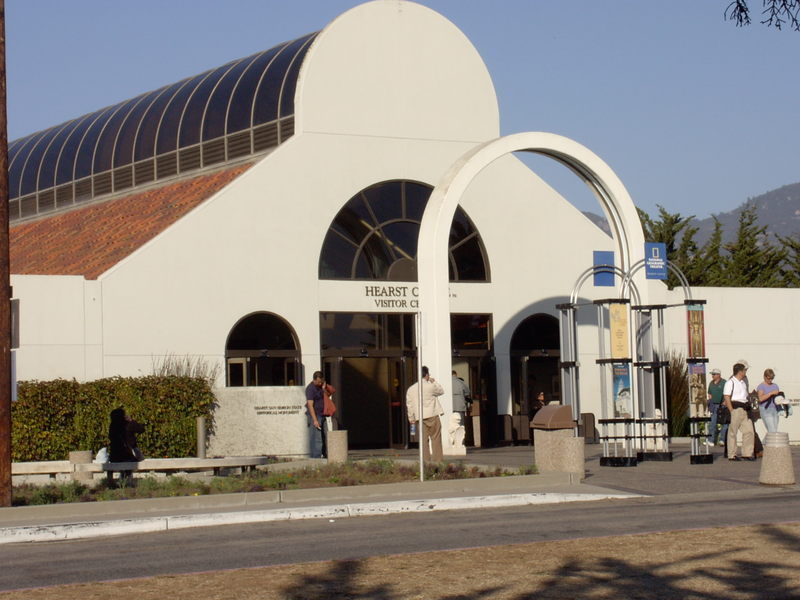 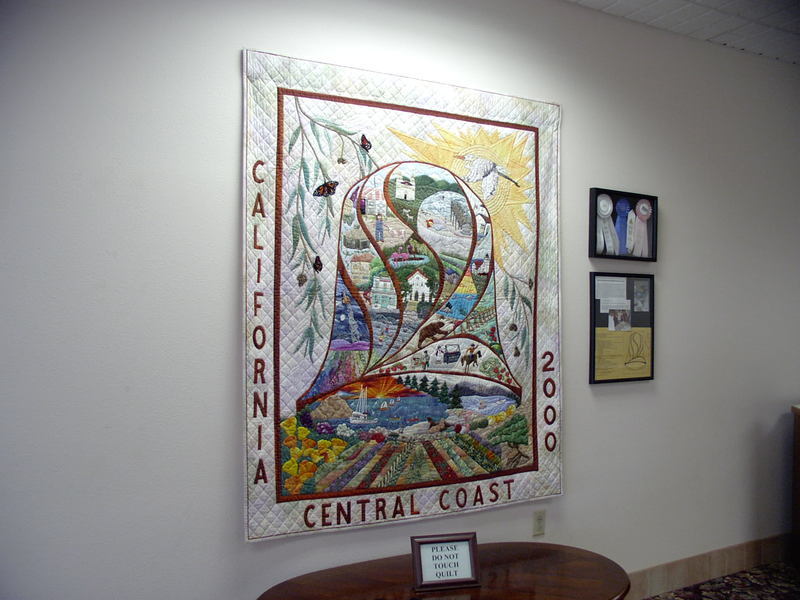 Besides sharing this adventure, it is one of the many things going on that delayed me starting my blog.