I received this email this morning....

Would you walk on this?

The Glass Bridge Construction of the Skywalk began March of 2004 and is estimated to be completed by 4th quarter of 2006.

Glass Bridge will be suspended 4,000 feet above the Colorado River on the very edge of the Grand Canyon . On May 2005, the final test was conducted and the structure passed engineering requirements by 400 percent, enabling it to withstand the weight of 71 fully loaded Boeing 747 airplanes (more than 71 million pounds).

The bridge will be able to sustain winds in excess of 100 miles per hour from 8 different directions, as well as an 8.0 magnitude earthquake within 50 miles. More than one million pounds of steel will go into the construction of the Grand Canyon Skywalk. 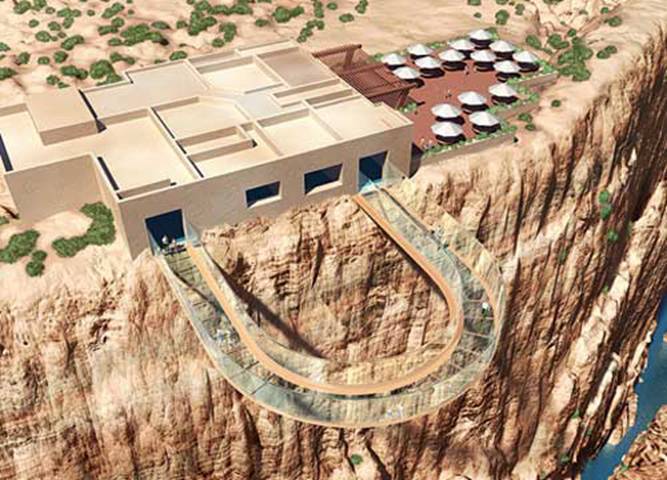 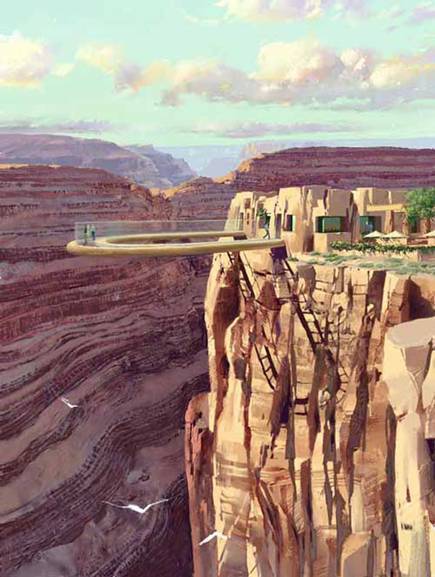 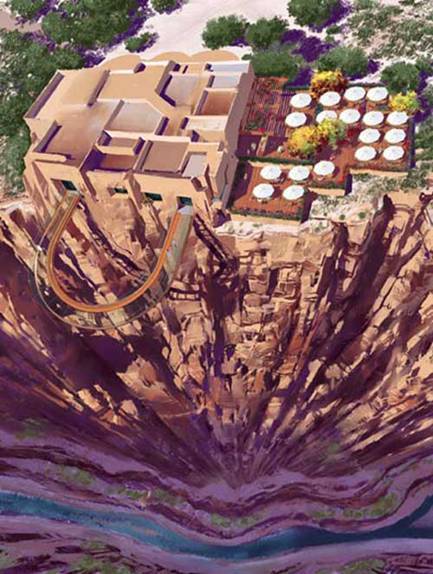 Very cool but do know that it in fact....

Can it really withstand the weight of 71 747's...have they tried this? I see a potential landing problem with thier design.

How did they get mother nature to blow winds at 100mph from eight directions on demand?

I think the last earthquake of 8.0 was here 1922, November 11, 04:33. A magnitude 8.3 earthquake occurred in the southern part of Atacama Province, central Chile. Locally, the tsunami caused extensive damage. The tsunami arrived at Hilo, Hawaii in 14.5 hours. The period of oscillations was 20 minutes, and the height of the tsunami was 2.1 m; many boats were washed away, and some damage was done. The wave reached Honolulu in 15.0 hours. The period of oscillations of the waves was 23 minutes, the height of the wave 0.3 m.

A little farther away than 50 miles. They don't mention how far away from the edge of the cliff this thing is anchored do they? The cliff looks a little eroded to me.

So my question basically is who checked the figures and who in the hell is gonna clean the underside of the glass?