Decided to take the boat to the river for the first time today to see how it would do...it did great going downstream. Well what can I say. It's only a 6hp Johnson. Actually it did fairly well about half the way coming back and the current was just too strong.

Some guys on jet skis saw me going nowhere fast and offerred me a tow through the rapids. That went well except where we thought the current wasn't as heavy...it still was. He was gone and I was going back down stream.

I managed to head up Cow Creek and tie off. I saw a road going up to one of the farms and I thought the farmer might let me drive my jeep and trailer down to get the boat. I must have walked about a mile and a half to the road and the very last gate was padlocked and nobody ta home.

So I walked back, hopped in the boat and headed down stream. I was about 3 miles from the next boat landing. Most of the way I just left the motor off and used the oars. Took about another hour or so. Right after I got there, I met some nice people that hauled me back to the other boat ramp back in Anderson River Park.

First thing this morning, I had to go buy a new fuel hose because the other one split on me. Then right after putting the boat in the water...I was baling it out...the cork popped out again. But besides being kinda scary, being my first time alone on the river in this boat, It turned out pretty cool.

On my 10 mile river trip, I saw a beautiful Bald Eagle and about a 10-15lb salmon jump out of the water...and I caught this fish...what ever it is.

It was 17" and weight 1.5 pounds after gutted and the head taken off. Really put up a great fight! 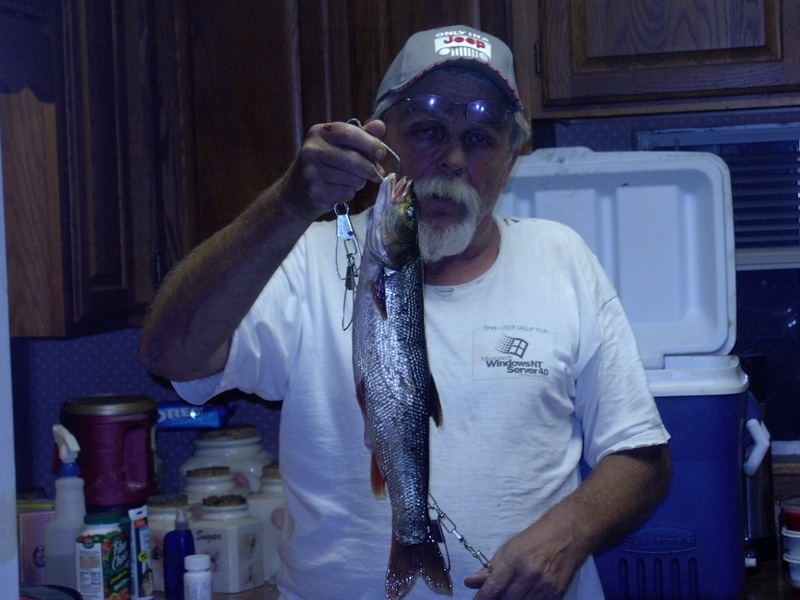 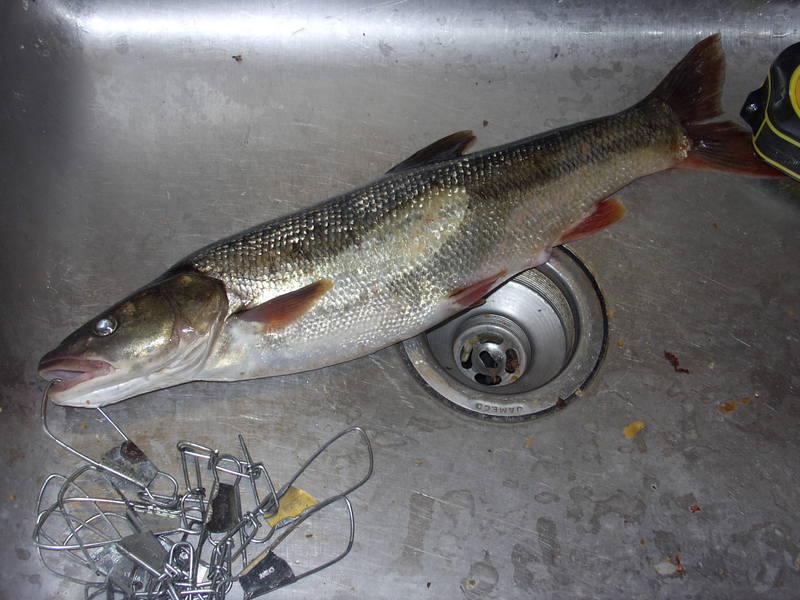 Anybody know what it is?